A study on Chiropractic care for adolescent scoliosis was very encouraging.

Charles "Skip" Lantz, DC, PhD: "This was a very significant project. This was the first large-scale research ever to study Chiropractic care and scoliosis."

Children with mild scoliosis treated with Chiropractic adjustments have shown a reduction in their spinal curvature, according to the findings of a three-year, $143,000 study funded by the Foundation for Chiropractic Education and Research. 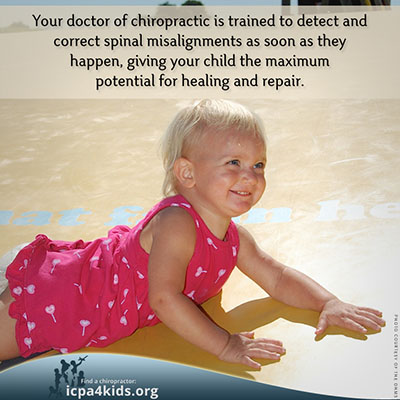 This cohort study was conducted by Charles "Skip" Lantz, DC, PhD, director of research of Life Chiropractic College West, and his associates. The researchers were studying the effects of Chiropractic full-spine adjustive procedures, heel-lifts, and postural counseling on children 9-15 years old with mild idiopathic scoliosis (less than 20 degrees of curvature, with no complicating conditions).

Dr. Lantz released his team's findings in a presentation to the International Conference on Spinal Manipulation this past November in Bournemouth, England.

"This was a very significant project," explained Dr. Lantz. "This is the first large-scale research ever to study Chiropractic care and scoliosis. It was also one of the few studies ever to look at Chiropractic management in a pediatric population."

The study was conducted at Life Chiropractic College West's public clinic in Hayward, California. X-rays were taken of the children standing, from posterior to anterior, using a rigorous positioning protocol. The participants were given full-spine adjustments, typically once to three times a week over a one year period. Particular attention was on the sacroiliac joints, the lowest segment in the curve, the apex of the curve, and segments above the curve that reacted compensatorily to the primary curve, including the cervical spine. Prior to the adjustments, muscle work was done to the paraspinal muscles of the curve. Additionally, if the x-ray analysis found pelvic tilt, heel-lifts were provided to level the pelvis. The children were encouraged to exercise regularly, including hanging by the hands to flex the spine to open the concavity of the curve.

Of the 150 children who qualified for the study, 40 completed the one year course of care and had follow-up x-rays. Preliminary results indicate an average reduction of 1.4 degrees in the curvature of the subjects' spines; the children less than 10 years old showed an average improvement of 2.6 degrees; those over 10, showed an average improvement of 0.9 degrees. A preliminary observation was made of a high incidence of pelvic tilt to the side of convexity in children with lumbar curves, however, there is no quantitative data on this observation.

The researchers noted that their lack of a control group "hampers an interpretation," but their intent was to study the effect of Chiropractic care on the "curve itself, and the results are very promising."

The researchers pointed out that the medical community does not offer treatment for spinal curves of less than 20 degrees, and indeed often doesn't even consider such variance as scoliosis. While the researchers assert that many questions remain to be answered about Chiropractic care and scoliosis, they note: "Chiropractic appears to offer a distinct advantage in the management and monitoring of early stage scoliosis."

"The next step," says Dr. Lantz, "is to conduct a randomized, controlled clinical trial. One of the best options is to study children in braces with larger curves. This would require a collaboration with orthopedists in a major medical facility."